Publishing editor
Despite the miscalculations of the Russian intelligence and security system regarding the situation in Ukraine and the degree of combat readiness of our Armed Forces, the General Staff of the Russian Federation was still hardly in complete and holy ignorance. by ANDREY OMELYANCHUK

Despite the miscalculations of the Russian intelligence and security system regarding the situation in Ukraine and the degree of combat readiness of our Armed Forces, the General Staff of the Russian Federation was still hardly in complete and holy ignorance. The presence of direct warnings, albeit from former, but high-ranking officers of the Russian Federation, about the power of the Ukrainian army and the readiness of the nation for armed struggle cast doubt on the assumption that Russian generals could ignore the fact of the complexity of a possible military operation to invade Ukraine.

From the earliest times in the history of military art, among the chaos of various testimonies of a few eyewitnesses, the doubtful reliability of sources and attempts at deliberate misleading, myth has often played the role of final truth. And as the art of war develops, the risk of confusing myth with factual analysis often motivates historians and analysts to be careful when examining and evaluating different, sometimes competing, evidence.

In matters of preparing and waging a war against Ukraine by Russia, a persistent ideological myth has quietly formed about the allegedly low military-political and strategic readiness of the Armed Forces of Ukraine to effectively repel aggression. The Kremlin is still making active attempts in this context to justify the military failures of the Russian army, which allegedly is at war not with Ukraine, but with “the entire West.”

This myth, partly based on the experience of past victories, claims that the pre-war strategic and operational planning of the General Staff of the Russian Federation proceeded from the assumptions of a blitzkrieg and a quick victory according to the Crimean scenario, and Ukrainians would “greet Russian soldiers as liberators” with flowers, bread and salt . In short, the war will be easy and fast. Based on some popularity of this myth, the Russian General Staff lost sight of the possibilities of stubborn resistance of the Ukrainian army and that this military campaign could be difficult and long. The Russian high command ignored warnings from some analysts and retired military leaders that the conflict with Ukraine would be far from easy.

The fact is that at the pre-war stage, well-reasoned warnings about the futility of such a war appeared in the Russian mass media.

So, on February 3 of this year, an article was published called “Forecasts of bloodthirsty political scientists” , casting doubt on the whole idea of ​​​​a quick victory. The name of its author, retired Colonel Mikhail Khodaryonok, an authoritative military observer and correspondent for the Gazeta.ru publication, gave materiality to the arguments cited in the material.

Mikhail Khodaryonok at one time graduated from the Minsk Higher Engineering Anti-Aircraft Missile School and the Military Command Academy of Air Defense, served and held various positions in the Soviet Air Defense Forces, in the 1990s he was an officer of the Main Operational Directorate of the General Staff of the Russian Federation, and in 1998 Graduated from the Academy of the Russian General Staff. After his dismissal from the service, Khodarenok worked a lot in the field of military journalism and wrote professional expert articles on defense topics.

His work, warning about the risks of the upcoming war in Ukraine, was published on the authoritative resource Independent Military Review, which has a certain popularity among the highest and senior officers of the Russian army.

Khodarenok's article criticized the "Kremlin hawks" claims of an easy victory in the war with Ukraine. At the same time, the author noted that comments in the Russian media are spreading a false myth and claiming an easy and quick victory - since the Ukrainian people "will not defend the Kyiv regime." In his material, Khodarenok refuted this prejudice: “To assert that no one in Ukraine will defend the regime means, in practice, complete ignorance of the military-political situation and the mood of the broad masses of the people in the neighboring state. Moreover, the degree of hatred (which, as you know, is the most effective fuel for armed struggle) in the neighboring republic in relation to Moscow is frankly underestimated.” He also noted that in 2014 Moscow had already faced stubborn resistance from the population of Ukraine,

In addition, Khodarenok turned to the discussed blitzkrieg forecasts regarding the war with Ukraine, based on the theory of the massive use of aviation, missile forces and artillery. Here he questioned the assumptions that military operations on the territory of Ukraine would be carried out under conditions of air supremacy, noting that earlier the Russian army in operations in Afghanistan, Chechnya and Syria performed tasks in the complete absence of the enemy’s air weapons and, accordingly, the fight against them. And Ukraine, as it was known in principle, has both aviation (including unmanned aircraft) and an air defense system.

Khodarenok warned of "massive aid" in the event of a war with Ukraine from the collective West, accompanied by the supply of the latest and most diverse types of weapons and military equipment, as well as large stocks of all means of material support.

At the same time, the author did not rule out the flow of Western volunteers who wanted to fight the Russian invaders, which, in general, happened. And here it is worth noting that Khodarenok saw the truth, but to the end - along with foreign volunteers (not mercenaries), of whom the so-called International Legion had already been created, the formation of the Freedom of Russia legion from among Russian citizens began in Ukraine. The activity of this legion has already been noted, including on the territory of Russia itself, where more and more Russians dissatisfied with the authorities are joining its underground composition.

The warnings of military expert Mikhail Khodaryonok were by no means isolated. A little earlier, on January 31 of the same year, its chairman , retired Colonel-General Leonid Ivashov, Doctor of Science and President of the Academy of Geopolitical Problems, professor at the Moscow State Institute of International Relations and ex-head of the Main Directorate for International Military Cooperation of the Russian Defense Ministry, addressed the All-Russian Officers' Meeting.

General Ivashov frankly spoke out against the upcoming war: “Attempts to “love” the Russian Federation and its leadership through an ultimatum and threats of force are senseless and extremely dangerous ... The use of military force against Ukraine will call into question the existence of Russia itself as a state, will lead to heavy losses and sanctions ”, and Russia will become “the enemy of the world community” .

These comments reflect Ivashov's open letter to Vladimir Putin, in which the general predicted that "on both sides there will be thousands (tens of thousands) of dead young, healthy guys, which will certainly affect the future demographic situation in our dying countries." Warning about the war, he called on the Kremlin to reject military plans against Ukraine: “The president and the government, the Ministry of Defense cannot fail to understand such consequences, they are not so stupid.” Ivashov also called on the political leadership of Russia to abandon plans to attack Ukraine, from the point of view that such a conflict could awaken the threat of war with NATO, including a nuclear one.

However, neither the Russian leadership nor the president of this country personally could accept all of these factors and risks affecting the adequacy of strategic planning for the use of armed forces. In addition, the misguided decisions to invade Ukraine were likely due not only to poorly organized intelligence and active measures, especially on the part of the FSB, but also to largely successful previous victories during the two decades of the current Russian regime. This predisposed to an underestimation of the military potential of Ukraine, especially in the context of propaganda cries and pseudo-analytics about the “illegal historical statehood” of our country against the backdrop of the Russian generals not accepting the fact that a future war would be waged on a scale significantly beyond their military experience. Moreover, Putin's confidence in his own political dexterity has led to the official wording of the war, loosely labeled a "special military operation."

Thus, reliable warnings about the likely difficulties of the upcoming conflict were not taken into account when planning, as a result of which the commander-in-chief sent an army to the war, which in the very first days was drained of significant losses due to numerous operational miscalculations.

Of course, retired General Ivashov and Colonel Khodarenok could not take part in strategic planning and assessment of the military-political and mobilization potentials of Ukraine. However, their truly expert conclusions could not be unknown in the Russian General Staff.

In fairness, it should be noted that the reasons for the subsequent fiasco of Russian military planning - especially in the first weeks of the war - are most likely multifaceted . The almost catastrophic underestimation of the enemy did not depend on a lack of knowledge or data. If the difficult and lengthy campaign in Ukraine could be accurately and in advance foreseen, it certainly should have been considered and taken into account when developing a future operation, and most importantly, when reporting it to the Supreme Commander of the Russian Federation.

In the Russian-Ukrainian war, the myth of the past defeated the logic and reason of the present. The Kremlin habitually hoped to use military force as a surgical scalpel, which should precisely penetrate the soft tissues of the “Ukrainian society ready for occupation”. But it turned out that at the very first movement, the scalpel rested (blunted, it’s a pity it didn’t break off yet) against the steel beam of stubborn resistance of the Armed Forces and other components of the defense forces of Ukraine.

In any case, in the context of the ongoing “special military operation” and draconian laws that prevent open discussion in Russian society of relevant operational details, sources in the Russian Federation will be resolutely silent, which will allow various myths and speculations to take root even deeper. 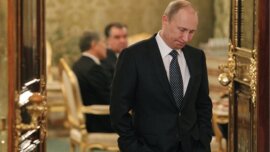 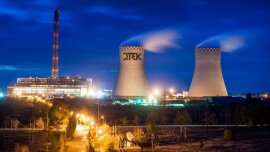 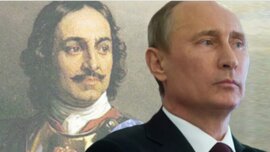 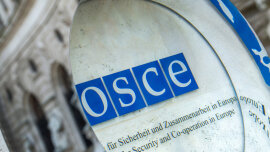 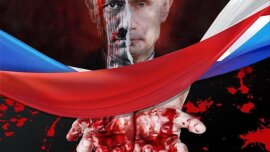 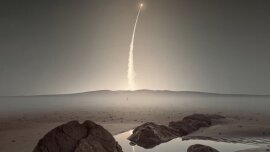 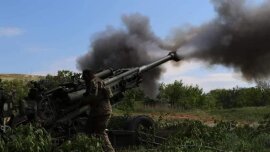 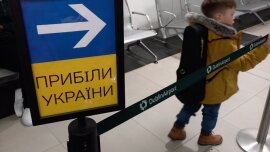 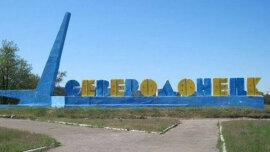 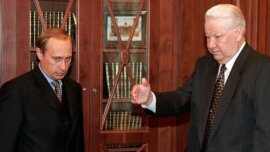