Publishing editor
The events in Kazakhstan are notable for several moments at once, connected both with the domestic policy of the country and with the foreign policy conjuncture. ILYA KUSA, UKRAINIAN INSTITUTE FOR THE FUTURE

The events in Kazakhstan are notable for several moments at once, connected both with the domestic policy of the country and with the foreign policy conjuncture.

First, it is originally a socioeconomic protest in its nature. There are more and more such people in the post-covid world now.

In our forecast for 2021, we noted that social radicalization and anti-elite sentiment will become key trends after covid. People take to the streets not for ideological/value convictions or in support of a political leader, but under the pressure of the "refrigerator" and a general feeling of isolation, injustice and oppression.

Map of protests in Kazakhstan January 4, 2022

Second, protests in Kazakhstan are a powerful indicator of how serious the energy situation is. A sharp jump in gas prices in the world in the fall of 2021 created conditions in which a number of countries were forced to raise tariffs and electricity or buy gas at high prices. It hits ordinary people and businesses. So, Kazakhstan is not unique, as it seems to me. Moreover, the price was kept low there for a long time, due to which it was one of the lowest in the region.

Third, further politicization of the protest (if it happens) will further worsen relations between the West and Russia, and increase the tension that we have been observing over the past months on the eve of the Putin-Biden talks.

In the Russian Federation, whatever the outcome, they will be convinced that the West is "setting fire to the periphery" of Russia in order to put pressure on Putin and neutralize him for some time, distracting him from Ukraine and Europe. This will add fuel to the confrontation fire, the consequences of which may affect, among other things, our direction, because Moscow will want to raise the stakes.

The authorities sent armored vehicles to Almaty on the night of January 4-5, 2022

Fourth, globally, Kazakhstan is one of those states that are becoming the foremost in the rivalry between the United States and China. There are interests of both.

Among other things, Kazakhstan plays a key role in the security architecture of Central Asia for both the RF and China, especially given the new political reality in Afghanistan.

Kazakhstan is a key state in Central Asia

If the situation develops further, it will inevitably become part of the global game between the PRC and the United States, as have already become Myanmar, the Solomon Islands, Australia, Taiwan, Afghanistan, North Korea, and Hong Kong.

To be honest, if you already project the great power competition on events in Kazakhstan (although, as for me, it's still too early), then here I see more stories related to China and the United States, and not Russia.

And it seems to me that we do not need to rush into this story with our advice on how to build a successful and effective democracy.

PS
It will be interesting now to follow the moves of the United States and China regarding Kazakhstan. Both have reasons why they do not want to destabilize this country, and therefore, their reaction to what is happening will be another marker of how Washington and Beijing will act in the event of crises and active phases of their confrontation. 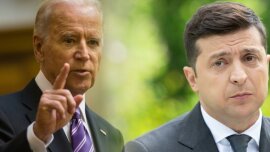 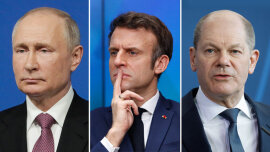 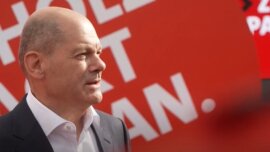