Publishing editor
For the first time in the history of Ukraine, the police began public pressure on the authorities to raise salaries. by VLADIMIR KICHAK

The New Year's beginning was not boring in Ukraine. The contours of the future crisis of Zelenskyy's power began to appear in all areas from foreign to domestic politics. To the already known problems of Russian troops at the border and future rolling blackouts, the unexpected problem of a strike of police officers was added. For the first time in the history of Ukraine, the police began public pressure on the authorities to raise salaries. This did not happen even in the difficult 90s. The police was surprisingly well organized: they created groups and chats , started an “ Italian strike ” refusing to go on minor violations, even started writing resignation reports and demanding the resignation of the minister and the head of police... Of course, in all this it is difficult not to notice the invisible hand that skillfully directed the police anger. And this is the hand of the former minister Avakov.

The resignation of the "eternal minister" was very unexpected for him and his team. On the one hand, the minister was leaving, but on the other, a lot of his team members remained in the Ministry of Internal Affairs. There was even an impression that his resignation was a kind of agreement with his former assistant Anton Gerashchenko and the new minister Denis Monastyrsky. But, in his appearance on the air of Natalya Vlashchenko with a sharp criticism of Zelenskyy's power, Avakov made it clear that there were no agreements. Therefore, “shaking up” the Ministry of Internal Affairs and showing the weakness of the current minister, and, accordingly, Zelenskyy's failure in personnel policy is an excellent advantage for the new oppositionist and potential participant in the electoral run, Arsen Avakov.

Police salaries and funding for the Ministry of Internal Affairs have always been the pain points of the system. This was the main success of the former minister Avakov. Having tremendous political influence in the form of the Popular Front faction, he managed to increase the funding of the Ministry of Internal Affairs 4 times in 5 years. Through this, he gained the loyalty of the system, although he was never part of it. It was this achievement that he decided to use against the Monastyrsky. So, on December 15, he published a text in which he directly accused the new minister of inability to defend the ministry's budget and raise the salaries of the police. Claiming that protecting the budget is the minister's main task, Avakov nevertheless lied. After the Popular Front flew out of parliament, the budget of the Ministry of Internal Affairs stopped growing. So, for 2021, the budget grew only by UAH 2.7 billion (UAH 85.8 billion), which is almost the same as the budget grew under Monastyrsky in 2022 - by UAH 3 billion (UAH 88.8 billion). That is, there was no 25-28% growth every year, which Avakov said in the last year of his power.

Arsen Borisovich's traces in the rocking of the Ministry of Internal Affairs can be seen in other places as well. So, on November 12, a petition was created on the website of the OP to increase the salaries of the police . The author of the petition is Artyom Kaspar'yan, who works as an assistant to the deputy Artyom Dmitruk. In turn, Dmitruk is the head of the group for relations with Armenia, and his friend and sponsor Vilen Shatvoryan, who is also the chairman of the Union of Armenians of Ukraine and an overseer from Avakov for the ports and the railway. The petition by the way has already collected 26 thousand signatures.

The salary situation was warmed up with information. So, suddenly a former policeman Dmitry Rynkovy became a famous blogger. In his appeal to the YouTube channel, he criticized the leadership of the Ministry of Internal Affairs and demanded the resignation of the head of the National Police Klimenko. The newly minted blogger created his channel at the end of November, and his second video about the failure of the police reform immediately gained 48 thousand views. The blogger himself, whom opposition news channels began to promote, turned out to be a guy with a dubious reputation, as can be seen from the videos leaked on the Telegram channels. He is also very far from considering himself a poor policeman, based on his declaration , in which he showed 100 thousand cash dollars and a new apartment.

Monastyrsky was appointed minister at a very inconvenient moment: the draft budget had already been drawn up by the Ministry of Finance for the first reading, and there was no increase in funding there. Therefore, he did not have the opportunity to particularly influence the figures of the budget of the Ministry of Internal Affairs. The political situation also played against him. Zelenskyy and the Servants do not support the increase in police funding, trying to avoid accusations of strengthening the punitive authorities. But, thanks to the example of his predecessor, he should have perfectly understood the role of financing the system of the Ministry of Internal Affairs for retaining power by a person outside the system.

The new minister actively fought to finance his subordinates. His closest ally, People's Deputy Galina Yanchenko posted on her social networks the minister's presentation at a meeting with the Servants in Truskavets. As follows from the presentation, Monastyrsky asked for an additional UAH 20 billion, of which UAH 15 billion was to increase the salaries of police officers. He also always looked for other approaches to the problem, as evidenced by its confusion with the statement of the possibility for police extra work. It follows from this that he understood the threat of the crisis and was looking for possible solutions. And he found it.

In October, the police launched an unprecedented special operation to combat the market for illegal excisable goods in alcohol, fuel and cigarettes. The unprecedentedness lies in the fact that it is the law enforcement agencies that are most often involved in protecting these goods. Monastyrsky's idea was to see if it would be possible to increase budget revenues by reducing the amount of counterfeit goods, as well as to what extent the system was ready to follow his instructions. The operation was very successful. The tax office reported that the increase in excise tax revenues for November - December amounted to UAH 2.3 billion. This allowed the new minister to play in a different way: the budget for 2022 stipulates that all overfulfills on the excise tax on alcohol and tobacco will go towards increasing salaries in the Ministry of Internal Affairs. If we proceed from the dynamics, then at the end of 2022 it may turn out exactly the same amount that the minister requested at the presentation to the Servants.

In fact, things were not so good. Even if the operation on excisable goods is successful, the police should have seen the first money for salaries not earlier than April. This introduced an additional imbalance in the system against the background of the system's already low confidence in the new leadership. But, unexpectedly here... Avakov came to the rescue. It was the attack organized by him that allowed Monastyrsky to make the issue of police salaries a priority. So, even last week, the Cabinet of Ministers agreed to raise the salaries of police officers from January. In practice, this step makes the situation with salaries independent of the success of the excise operation, since the Cabinet of Ministers will be forced to find this money on a permanent basis.

Thus, without suspecting it, Avakov, trying to shake the Ministry of Internal Affairs, only strengthened the new minister and accelerated the increase in police salaries. The logical consequence of this gambit should be personnel purges in the police system. Monastyrsky, trying not to rock the boat, did not clean up the ministry from Avakov's people. Now, when the attempted riot has shown the instigators, the minister will be forced to take radical measures, otherwise the situation will repeat itself again and again, and then there will already be a question for Monastyrsky himself. 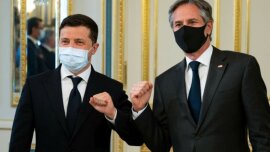 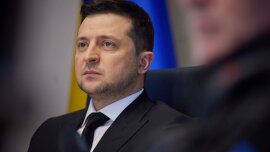 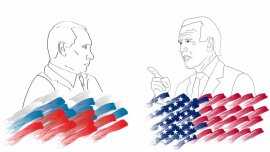 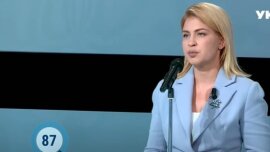 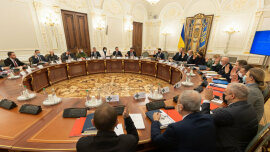 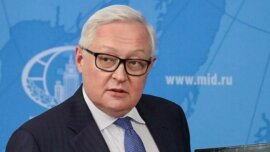 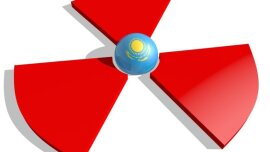 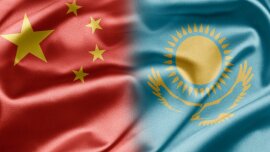 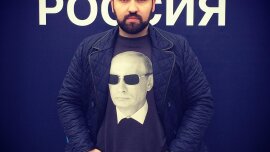 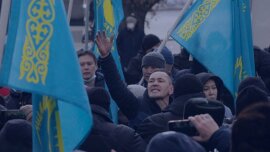