Publishing editor
by Artem Borodatyuk, a founder of Netpeak Group and an expert on performance marketing and B2B SaaS’es

Russia has been committing war crimes in Ukraine for more than 2 months. The cities are being destroyed under massive shootings, causing victims among the civilians. As of May 6, 223 Ukrainian children died. The horrific consequences of the Bucha massacre have shocked the world.

By still paying for Russian software products, companies worldwide sponsor Russian aggression toward Ukraine. Not directly, but Russia uses the taxes from this income to finance the war. Every missile that destroys the Ukrainians’ homes is purchased for the taxes from the profit of Russian companies, including software developers.

That’s why Ukrainian volunteers and experts from Netpeak Agency released a project called #ReplaceRUwithUA which is a list of Russia-based software and Ukrainian alternatives so users worldwide can stop supporting Russian aggression and stand with Ukraine instead.

Selected Russian services in the list continue active operations in Russia – receive payment from Russian clients, pay for offices and salaries and pay taxes. Meanwhile, the alternatives are 100% Ukrainian, and it is easy to transfer from Russian products. Despite the Russian invasion, Ukrainians continue to work providing quality software to customers worldwide and driving Ukraine’s economy.

The volunteers are contributing to Ukraine's informational defense against Russian propaganda together with other IT companies founded and based in Ukraine and also providing humanitarian aid together with partners.

Here are other IT-volunteering projects deserving attention and support:

The Truth Fund fights against fake news about the war in Ukraine and spread the truth about Russian war crimes.

A platform to help Ukraine and its citizens by supporting Ukrainian companies that have become famous domestically and globally.

A crowdfunding platform to unite the residents of Odesa and other Ukrainian cities and the global community to help those in need. Noticed and supported in London, by Holly Blakey that has orchestrated performers in music videos for Florence & The Machine, MØ, Coldplay, and so on.

Nowadays all the Ukrainian IT professionals become literally the national volunteer force of Ukraine. They create new software and B2B solutions to support our country’s economy while developing technologies to repel DDoS attacks from Russian hackers. Digital agencies cooperate to build new powerful media strategies and to release all of them as fast as possible.

In the short term, Ukrainians learned to be self-organized, but in the long term, it means the extra motivation to be united and to present great IT products and services from Ukraine to the world market. 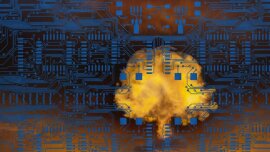 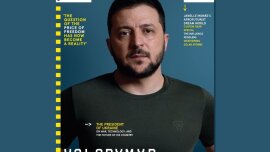 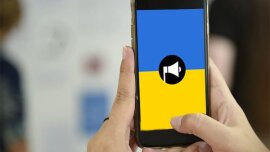