Brands spend billions of dollars to secure consumer loyalty. The latter, it should be noted, is becoming less manageable, as consumers demand from brands not only quality and beautiful packaging, but also socially responsible behavior both at the level of the company and its top management. The scandals of recent years, when the consumer punished brands that do not know how to satisfy the demands of “society”, are widely known: like Volkswagen, which was caught for falsifying information about CO2 emissions, and the infamous Ed Razek of Victoria’s Secret, who could not come to terms with the new standards of plus-size and transgender beauty. Concern for the environment, friendliness to animals, respect for indigenous peoples and the highest degree of tolerance and balanced political correctness were characteristic of a world that disappeared on February 24.

Peaceful brands differ from their wartime counterparts, when best practices accumulated over the years are faced with a “decency test”. And this applies to each of us. Not only brands.

In an ideal world, as it seems to us, any person of “European culture”, a certain international corporate “Coke-sapiens”, having witnessed the unprecedented, impossible in the 21st century animalistic aggression of Russia, should immediately stop any relations with Russia and Russians. Imagine how you would react if you found out that your roommate is a pedophile, and the whole world knows about it. What do you do in that case? Do you continue to greet him? Are you still coming over for tea? Do you go out for pizza on Fridays? However, money and geopolitics introduce a significant correction and force companies to be much less principled than in everyday “human” relations.

Of course, many companies publicly left the Russian market, unable to find acceptable arguments to stay. And in this case, I think we can thank and respect only those who did it first – fundamentally and regardless of others, publicly and loudly slamming the door – Apple, NIKE, H&M, Fedex and many others. Thank you!

And then begins this or that form of trickery: from stopping supplies (as in, we will sell off everything that’s left, and see how it goes later) to finding loopholes and rebranding, like McDonald’s, which sells its assets in Russia, but will continue to work in the country under a new brand – “Vkusno i tochka”. That’s business, kids… I’m lovin’ it.

And such brands as Auchan, Metro, Leroy Marlin, Oriflame cosmetics, Ariston, popular energy drink Red Bull, Raiffeisen bank, Bayer farm, Pirelli tires, Bridgestone and many others are simply ready to keep working in Russia. There is a public position and a non-public truth in their actions. “Officially” they cannot fail hundreds of thousands of innocent “good Russians”, leaving them without food, pills or cement, cannot violate contracts written in corporate blood, fire thousands of employees, and other “blah blah blah”. Unofficially, everything is simple and cynical: share, profit, market. They are ready to put up with boycotts in different countries, pressure on top management, and employee protests. Because... share, profit, market. The lost benefit of profit outweighs the inevitable reputational losses.

We can and must hate them, mark them with the black mark of contempt. We must make every effort as a marketing community, as Ukrainians, as Europeans so that history knows them as companies – or, rather, people – who are ready to pay taxes to the budget of Russia, with which missiles are produced that destroy schools, kill children; to pay for the gasoline used by Russian rapists, marauders, and executioners to invade Ukraine.

Let’s remember these names, shall we?

And at the same time, let’s ask ourselves the question – how ready are we to remember, understand, search and discover the truth? Let me remind you that the war began in 2014. How tolerant were we to trading with Russia, to the sale and purchase of its services and goods? What has changed? Why was it possible to sell Khortytsia and Nemiroff vodka there before, but not now? Bucha? Yes... Bucha. What about the tea and coffee you drink every day? The Orimi company, which owns the brands Greenfield, TESS, the endless Princess Nuri and Co., Jockey and Jardin, is owned by billionaires Sergey Kasyanenko and Aleksandr Evnevich. The brands Curtis, Richard, Lisma, Maiskiy, Coffesso belong to the Mai company. It is owned by Igor Lisinenko, a former member of the State Duma from the United Russia party. Do you enjoy TESS and Maiskiy tea, which are part of the dry rations of the Russian army?

What about buying goods from countries friendly to the aggressor? For example, energy drink producer Hell from Hungary, which is still sold in Ukraine. To play into the hands of the “evil dwarf” and at the same time receive income for the budget from the pockets of Ukrainians – is that audacity or hypocrisy?

Another uncomfortable issue is giant companies that do not belong to the consumer segment and therefore do not come under close public scrutiny.

Have you heard about the French company Thales, which produces hardware security modules (HSM) for payment systems? Probably not, but it supplied Russia with its Catherine FC thermal imagers for the BMD-4M, which we learned from the destroyed enemy machinery in Bucha. Wait, Bucha? Yes, Bucha! Someone much more cunning and dangerous continues to calmly carry out their marketing plan, thus being a direct and obvious threat.

All this gives us a lot of food for thought. Perhaps even about a Nuremberg for brands. It is our personal responsibility to ensure that not only those who are visible and easy to reach are called out. And, if the trend of brand development in recent years was their personalization, and it was important for society to know the person behind the bright packaging and trendy apps, let’s be consistent. Brands don’t make decisions – they are made by the people who stand behind them and manage them. And these people should not be forgotten. Under no circumstances. 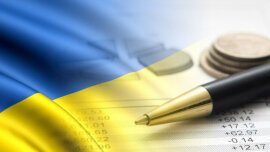