Monument in honor of friendship with Moscow was removed from Kyiv

The memorial sign in honor of the friendship between Kyiv and Moscow, which was located in the park at  Marshal Yakubovsky Street in the capital of Ukraine, was dismantled.

This is reported by the website of the Kyiv City Council with reference to the deputy Alina Mikhailova.

“This piece of granite is no longer in Kyiv. And this is our victory. Now the monument is kept in the Goloseievskaya Regional State Administration and should become an exhibit of the future museum of totalitarianism,” she said. It is reported that in this way the utilities have complied with the decision of the City Council of July 8.

In 2015, activists painted the monument in blue and yellow colors. In July, the city council, after numerous appeals from residents of the capital, decided to dismantle the monument.

Evolution of Putin's strategy: from blitzkrieg to "I didn't lose"

Why must the world stop Putin in Ukraine? 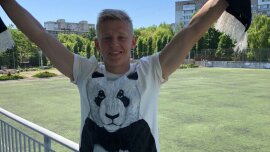 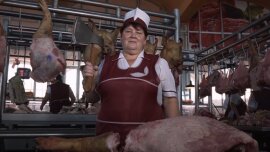